Our teacher, Dr. Madhusudan Ray (Madhu Sir), was born in Puri, India. His parents were of the Brahmin and Kshatriya castes causing Madhu Sir to be a great thinker and a fierce warrior. He was raised using natural medicine, Ayurveda and simple accupressure techniques. When he was a young boy he practiced competitive gymnastics in Puri, India with his teacher, Dibakar Mishra. As he continued to grow he began learning the science of Mallkhamb yoga (pole yoga) in Mumbai, India from his teacher, Uday DesPande. At the age of 20 he experienced a fall during gymnastics training that left him with a lower spine injury causing him to become paralyzed. He remained paralyzed for 8 years. Over the course of these 8 years he developed prostate cancer and tuberculosis. He was despondent and couldn’t understand why God wanted him to suffer this way.

He turned to his spiritual master who guided him throughout his life on topics of dharma (life’s duty), and other important matters. Jogender Pattnik (Puri, India) gave Madhu Sir the spiritual guidance that he needed to inspire Madhu SIr to heal himself. After a vivid dream that Madhu Sir had experienced he was sure that with proper discipline he could use the yoga and ayurveda sciences that he grew up with to change his state of health. A great master, Dr. Joysuall from Bihar, India refined Madhu Sir’s education of Marmachikitsa and Accupressure and with all of the other tools he had accumulated he made a full recovery.

After his recovery he went on to become a master of Mallkhamb yoga and brought home many gold and silver medals to his home state of Orissa, India. Using the same modalities of Marma, ayurveda, yoga, diet, lifestyle and meditation, he has cured thousands of people worldwide that have come for healing of all different ailments and dis-ease. Amongst his greatest students are his three daughters and young son. All of his children have grown up with these sciences and have become great masters of the science themselves. He has several students that practice throughout India and a handful that practice abroad.

Madhu Sir has taken early retirement at the age of 54 and is succeeded by his children and select top students that are spreading the self-healing science of Ayurveda. 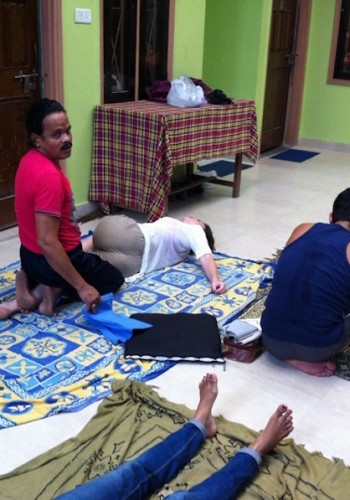 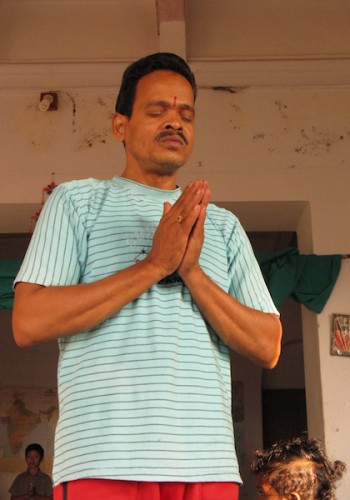 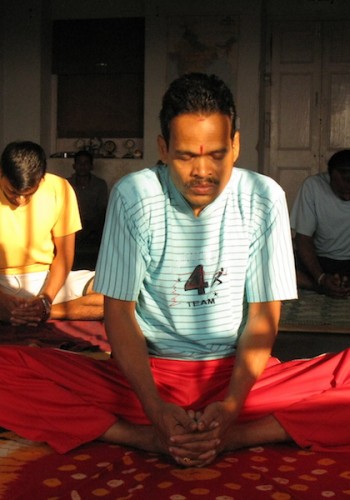 Send us an email and we'll get back to you, asap.